Home
Blog
The Present and the Future Newton Mail Alternative 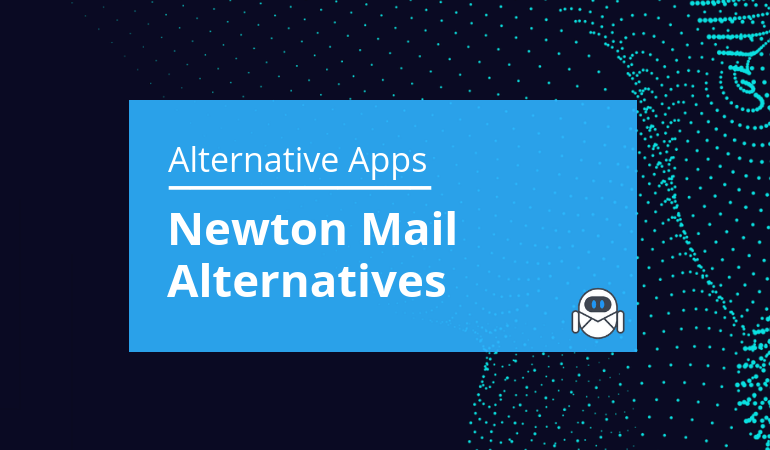 Newton Mail was considered one of the benchmark standards for email platform for many long years. This formidable piece of software had an interface that is simple to navigate and had a wide range of cool features.

Unfortunately, Newton Mail was discontinued on September 25, 2018 – which means that anyone considering purchasing or using the app would have to seek out an alternative to the software. But you won’t be left out in the cold if you are finding an alternative piece of software to Newton Mail for Mac or Windows.

There are a number of high-quality software programs that could replicate the main features of Newton Main while displaying their unique features and own identity in the industry. Here are some of the best alternatives to Newton Mail I have managed to work with.

But Why Newton Mail Shut Down

In fact, Newton Mail tried several things to keep the business afloat. It was initially available for free under the name of CloudMagic. Then there came an optional premium service which didn’t go well with the clients.

The company decided to charge a premium for its desktop apps and launched the Mac version for $20 in 2016. This plan was scrapped later in the year. The app relaunched under the name of Newton Mail with a subscription pricing of $50 per year.

The pricing caused many of the early Newton customers to walk away from the product. But it was the only way that Newton could be sustainable in the industry. In fact, advanced features such as scheduling, read receipts, and fast syncing do not work without the facility to store emails in the cloud – which costs money for the company.

On the other hand, Newton Mail was not willing to support its service with advertisements or selling user email data to third-party marketers as some of its rivals did. Nor did the company pivot to enterprise services like some other companies in the same business niche.

The Salient Features of Newton Mail

Similar to other third-party email clients, Newton worked with several popular email services such as Outlook, and Gmail offered some extra features such as snooze function for emails. They also provided a focused inbox that hides all promotional junk mail.

While the software was available, Newton offered so many salient features that made it stand out from the rest. Some of these features are:

Inbox is an app from Google which is considered an alternative to Newton Mail. It offers numerous cool features such as intelligently categorizing emails that have similar messages and real-time updates.

For example, in case you receive a concert ticket mail and the show times have changed, you will get an update in real time. Some of the other features of this software include snoozing of emails and highlighting important information contained in the mail.

Unfortunately, Inbox by Gmail is also shutting down in less than two months (March 2019).

This means that if you are currently using Inbox by Gmail as your primary way to manage emails and tasks, you will need to look around for an alternative.

You may have noticed the recent changes to Google Gmail. The New Gmail could be used as an alternative to Newton Mail. Here are some cool features of the new Gmail product development:

If you are searching for an “all in one” application, such as having a planner, calendar, reminder, to-dos, and email – Microsoft Outlook could be a good starting point.

Flow-e: the Present and the Future Newton Mail Alternative:

Flow-e is an excellent Newton mail alternative. Our software works straight from your Gmail and Office365 Inbox. All you need to do is to login into Flow-e with your Gmail/Outlook/Office365 email account or downloading our desktop application, and you are literally ready to go.

At Flow-e, we always strive to provide the best service for email and task management app available, so we tried to gather the best of many worlds in one app:

One of the most significant advantages of Flow-e is the elegant Kanban view. Your workflow is your Kanban board, visually helping to understand in which stage a task is, so you know on which emails and tasks to focus.

The Kanban method teaches the user to eliminate multitasking and to stop wasting time on the less critical tasks.

Flow-e starts for free, but if you want to unlock the full power of the product, you may try our Pro plan, which starts at $5/month/user. Flow-e is a simple solution for the busy business person, and thousands of users have already proven to work.

Email applications which allow you to visualize your work will soon become the standard.

Here are some additional features you can add to your Kanban cards in your Kanban board (workflow):

And all of this is available for anyone who uses Gmail or Outlook (Office365).

There is no doubt that Newton Mail an incredible service, but changes aren’t hard things to do when you have an app alternative to Newton Mail which makes it so simple to make the proper habit changes and adapt to them.