Home
Blog
Inbox by Google Shuts Down. Try Flow-e for Gmail as an Alternative App 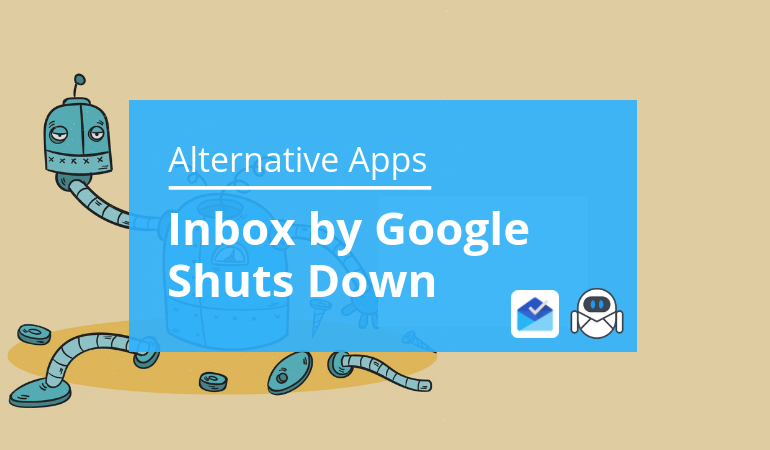 However, earlier this year, Google announced that their innovative product Inbox would shut down in March 2018. Google has already incorporated nearly all of the key features of Inbox to Gmail new redesign: snoozing, notes, tasks lists, and more.

Inbox by Gmail was presented as a “completely different type of inbox, designed to focus on what really matters.”

Although the idea was good and way much better than Gmail, I think that the users never caught on the way Gmail did. I believe that the effort to reinvent email at a foundational level was left misunderstood by the majority of the users.

Table of Content hide
1 Why Inbox by Google Might be a Misunderstood App?
2 How to Substitute Inbox’s Functionalities with Flow-e’s Features
2.1 What to Expect from Flow-e in 2019?

Why Inbox by Google Might be a Misunderstood App?

Using Inbox by Google required the creation of new habits. In the beginning, the nature of new habits needs extra effort and the type of trial-error experimentation until you reach the desired results – high levels of productivity, staying on top of your email and tasks, losing less time in unnecessary email communication.

Even that Google announced that they would bring back the key features from Inbox (and they almost did), users feel uncomfortable with the new Gmail redesign.

They feel uncomfortable that the old-new features now in Gmail look and function different, thus, they will have to re-create their old habits into new.

Through the last three months, we have seen a significant portion of the dissatisfied users coming to Flow-e while trying to find a good substitute for Inbox.

And while users still ask us to describe the similar functionalities between Flow-e and Inbox by Google, I ‘ve decided to explain which features in Flow-e could substitute Inbox’s and even further improve your email, tasks, and time management.

This function could be replicate in Flow-e by setting up a due date to each email you move to your columns in the workflow. Then, with one click, you will be able to sort out your emails by the closest deadline.

The hover actions are available in Flow-e too. Just point to an email without opening it, and you will see the following possible actions: mark done, move to your workflow, delete.

An email within your workflow will have the following actions: mark done, reply, forward, delete, apply a label, power-ups panel with advanced functionalities.

You can star any email in Flow-e too.

You can also create and apply labels from your Flow-e account.

Again, you can use specific strings to search in your Flow-e account.

To bundle emails in Flow-e, use our “Group cards” feature.

In Flow-e you can create standalone tasks too.

Right now, Flow-e doesn’t have a substitute for the following functionalities from Inbox by Google:

Our plans, by the end of January 2019, are to able to introduce to our users the Snooze email and Recurring tasks features in Flow-e.