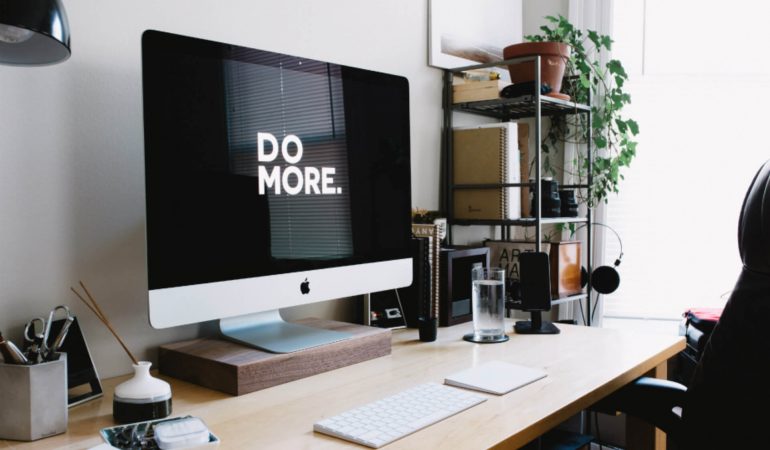 Digital hoarding has been on the rise in recent years, but only lately are scientists starting to examine the phenomenon more closely.

The term arose from its similarity to the hoarding of physical objects, a psychological disorder many of us are familiar with due to TV shows on the subject. Digital hoarding is largely invisible, but doesn’t mean that it doesn’t have significant repercussions.

Digital hoarding stems from many of the same mental causes that physical hoarding does:

While having a hundred browser tabs open or a thousand icons on the desktop may be simply annoying to some, digital hoarding does have some more impactful consequences.

This feeling of additional mental strain, and time lost on looking for needed information, are both important reasons to reduce digital hoarding in the workplace, since it hurts productivity and performance.

This can seem especially difficult if the workplace has a culture where important communications and decisions are reached by email, and workers feel the need to store them and refer back to them.

But it’s not impossible to streamline your digital work life: in fact, it’s easy.

GTD Flowchart: The Heart of GTD is the Flowchart

With the Getting Things Done (GTD) system, decisions about what to keep and where to store it are made quickly, in real time, following a few simple rules and principles.

Using this system helps people quickly identify what is important and what isn’t, and deal with it accordingly, preventing a bloated inbox and excessive or redundant file storage.

At the heart of GTD is the flowchart. Using the GTD flowchart, “stuff” (emails, meeting notes, phone calls, messages, etc.) enter the system by way of a conceptual inbox. 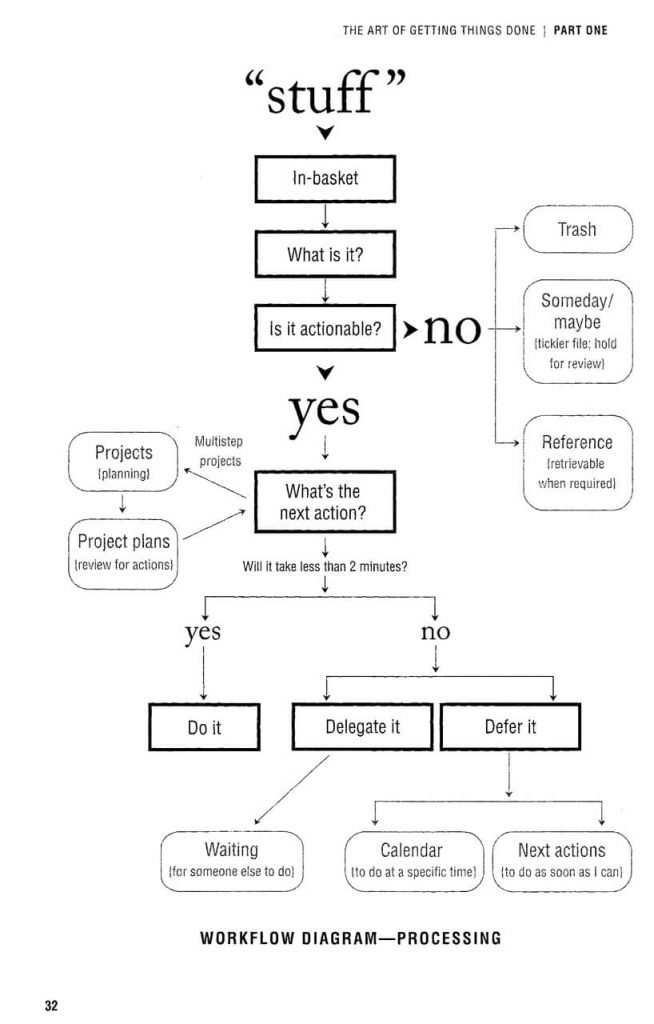 As you review your inbox (either literally checking email and messages, or abstractly by reviewing your tasks, projects, and assignments), the first thing to decide is whether a communication is actionable or not. In other words, do you need to do something with that information? If the answer is no, that stuff is either:

If the answer is yes, this is an actionable item, determine what the next step should be.

If it’s part of a larger project or an ongoing process, treat it accordingly and then determine what the next step should be. Once you’ve determined the next step, if it takes less than two minutes, do it immediately

If the next step will take longer than two minutes, either:

Following this process may not eliminate digital hoarding, but it may eliminate some of the more troublesome consequences of hoarding, such as not knowing where to find things, and losing time sorting through your own files. It will also ease the mental strain of digital hoarding, by focusing the mind on what actions need to be taken and reducing the feeling of being overwhelmed.

Use a GTD App Along with GTD Flowchart

Using a GTD App like Flow-e along with the GTD flowchart is a great way to get organized and stay organized. Flow-e helps turn all that “stuff” into actions that are clear, organized, and visual, so it’s easy to see what’s Now and what’s Next. 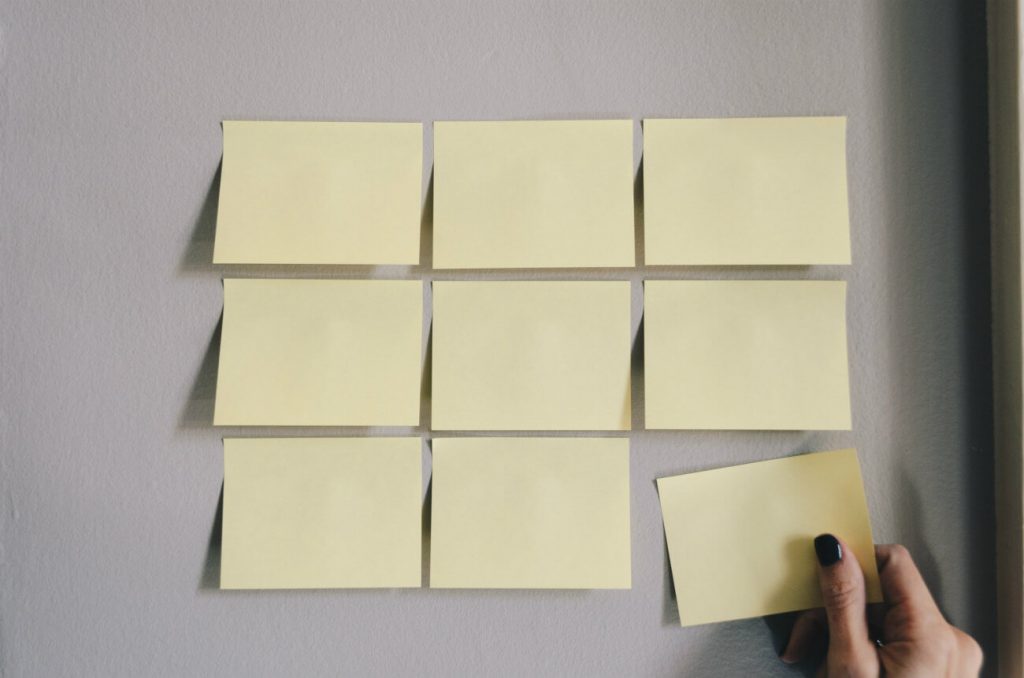 Flow-e also makes it easy to prioritize, re-prioritize, schedule, and delegate tasks, so that no matter how much stuff comes in, you can stay on top of it.

Once you’ve used GTD and Flow-e to get you on top of your email, here are some other ways to reduce digital clutter and restore order to your digital life:

It’s actually easier than you think to get organized and stay organized, and save time and boost productivity in the process.

By applying some simple rules to what you will keep and what you will do, and free yourself from having to look at, store, sort, or pay attention to too many things at once. And using the right tools and technology will help get you there.

1) Photo by Kelly Sikkema on Unsplash

2) Photo by Carl Heyerdahl on Unsplash