While we have never had greater access to a higher quality of information helping us make a decision, decision making has not become simpler for any person.

It is possible to research the benefits and drawbacks of each action, as well as finding every option available to us; however, simple searching can sometimes open a time-sucking black abyss of link clicking that can last hours and result in more confusion than ever before.

According to the psychologist Barry Schwartz, this increased level of choice allows a person to achieve better results objectively, but it can also result in greater feelings of anxiety, dissatisfaction, indecision, and paralysis. Schwartz described the consistent findings of this theory as the “paradox of choice.”

Instead of empowering us to make more positive choices, our virtually unlimited access to information online can result in greater fear of making the incorrect decision; therefore, leading to a person spinning their wheels in a seemingly inescapable feeling of “analysis paralysis” and reaching nowhere in projects despite the attempt to move forward.

Ironically, Google defines “analysis paralysis” using an excess of 1,000,000 resources. For this article, I wanted to discover exactly what happens in the human brain when a person experiences feelings of chronic indecision and what they can do to overcome this sensation.

Next to Read: Project Management for Small Business Owners

If you take a moment to think about it, most people will agree that over-thinking decisions can hold them back. Delaying an action because of over-analysis of the information does not help when trying to complete actions or a project.

According to a survey conducted by LexisNexis in 2010, staff members will spend approximately more than 50% of their average workday receiving and managing data rather than using this information to complete their work.

Unfortunately, that is only the beginning of the bad news. Based on research in neuroscience and psychology journals, the “analysis paralysis” concept takes a greater toll on one’s productivity than merely losing time.

Table of Content hide
1 Below are four not-so-apparent means whereby overthinking tasks can hold a person back:
1.1 1) Overthinking Lowers A Person’s Performance On Mental Tasks
1.2 2) Overthinking Can Kill Creativity
1.3 3) Overthinking Can Consume Your Willpower
1.4 4) Overthinking Can Make You Unhappy
2 Findings discovered the following points:
2.1 1) Structuring The Day Based On Decisions That Matter Most
2.2 2) Intentionally Limiting The Amount Of Data Being Consumed
2.3 3) Setting A Deadline And Holding Yourself Accountable
2.4 4) Knowing The Primary Objective
2.5 5) Approaching Problems With An Iterative Approach
2.6 6) Begin Before Feeling Ready

Below are four not-so-apparent means whereby overthinking tasks can hold a person back:

The working memory is the area where tasks are performed based on higher-level cognition, such as learning. Psychologists Thomas Carr and Sian Beilock define the working memory as a short-term memory system maintaining a limited amount of data with immediate relevance to tasks at hand while in its active state. 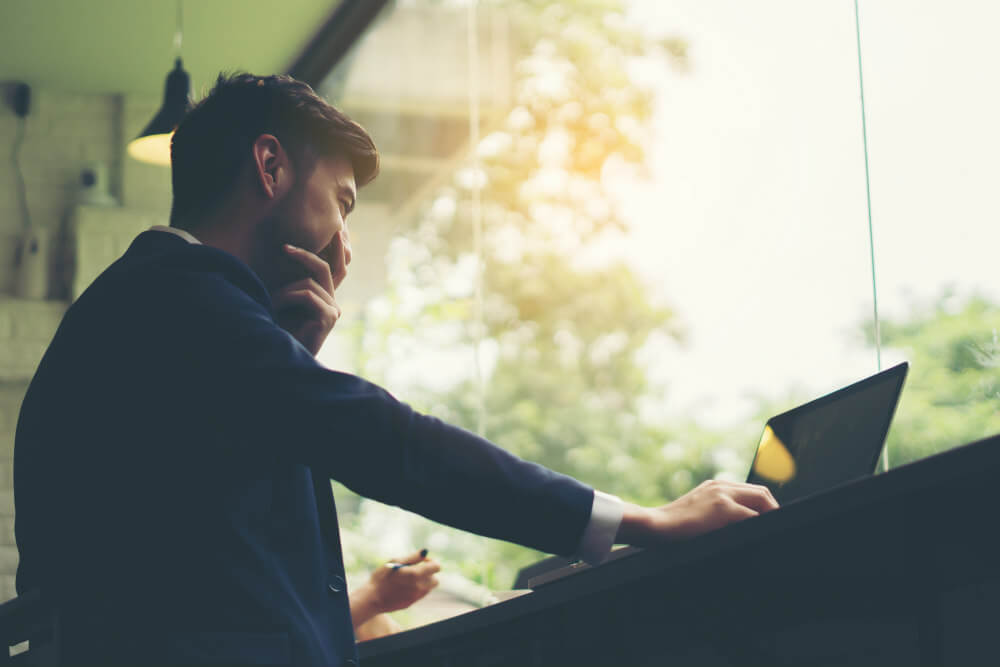 Furthermore, when in an active state, the short-term memory system will prevent the individual from distractions and experiencing irrelevant thoughts. If the working memory’s ability to remain task-focused is affected, mental performance will suffer.

In summation, the working memory is the region allowing us to focus on the information required to perform tasks at the moment they need to be completed. Unfortunately, the working memory is short-term and has a restricted supply similar to a computer memory; once it is filled and used up, it cannot hold any other data.

Moreover, the more the participants want to perform well on a task, the greater their performance will suffer. Researchers believe that anxiety and pressure generate distracting thoughts regarding the situation that uses up a section of the working memory capacity which would otherwise be used to perform the cognitive task.

When overanalyzing a situation, the constant repetitive thoughts with anxiety and self-doubt decreases the level of working memory available to perform challenging tasks; thereby, causing the person’s level of productivity to suffer dramatically.

The findings indicate that over-thinking a problem can make it more difficult to present your most creative work.

3) Overthinking Can Consume Your Willpower

One of the more fascinating, but still alarming, studies published by the National Academy of Science examines the decisions of a set of parole board judges over a period of ten months.

During this period, the scientists discovered that the judges were more likely to grant parole to individuals paroled earlier in the morning and immediately after their afternoon food break.

Cases that were presented to the judges at the end of long work sessions were more likely to be rejected. The phenomenon was seen in over 1,000 cases irrespective of the severity of the criminal act. 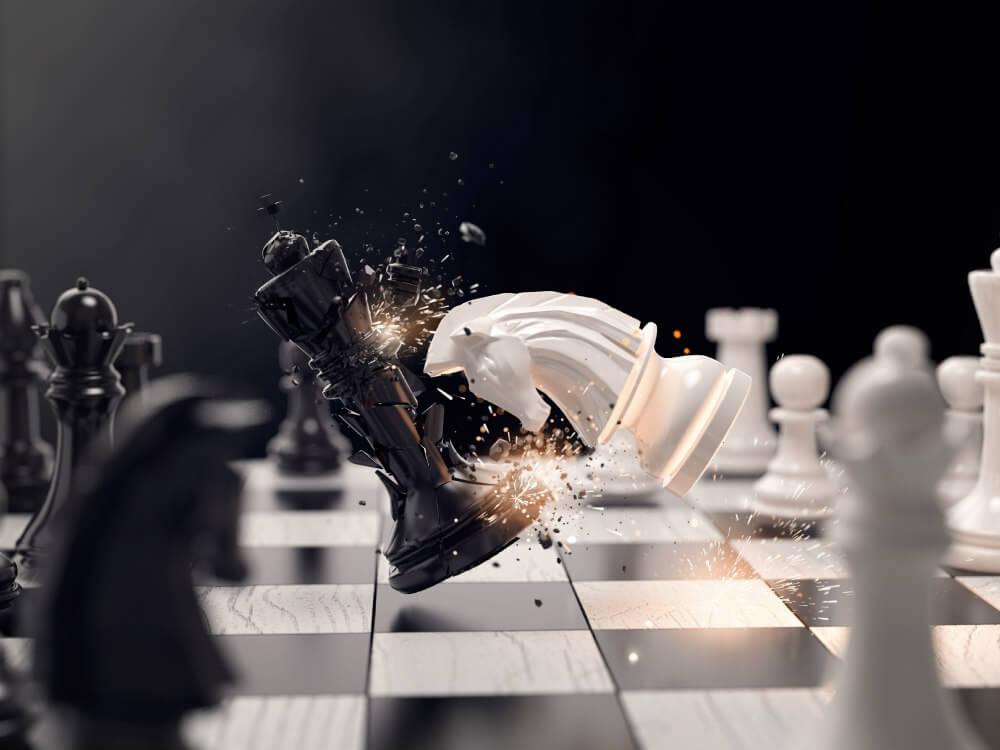 Scientists question the explanation of these surprising results. It seems that the panel of parole judges experienced what is known as decision fatigue. According to psychologists, each decision a person makes ranging from what we will eat for lunch or whether to turn off the alarm clock in the morning requires the same amount of willpower.

This can place willpower on the same level as a muscle, and the more the muscle is used, the wearier it becomes leaving a person feeling tired and overwhelmed. This is why many dieters will begin the day with a healthy breakfast and lunch feeling strong, only to succumb to tempting foods after a long day at the office or after stressful events in the workplace.

Actions that are performed automatically, such as brushing one’s teeth, use very little willpower. However, if a person agonizes over a specific decision, they will deplete their supply of willpower quickly regardless of whether it is an automatic act and can begin to feel overwhelmed or exhausted.

Not only does this exhausted feeling inhibit one’s ability to assess a situation clearly, but it can also cause one to choose an unhealthy lifestyle. For example, poor decisions can result in choosing less healthy food, skip exercise routines, and choose television over side projects. In summation, over-analyzing decisions make it more difficult to enjoy high-quality longer-term choices in the long-run.

4) Overthinking Can Make You Unhappy

According to the economist Herman Simon, the term “satisficer” was coined in 1956 to describe a type of decision-making that prioritizes an adequate solution above an optimal solution.

Gretchen Rubin of The Happiness Project describes the “satisficer” concept as being people who make decisions when all criteria are met; for example, when they have located the pasta sauce or hotel that has all the requirements, they need to be satisfied.

Contrary to satisficers, the maximizers are individuals who wish to make the optimal decision as their first decision.  According to Rubin, these types of decision-makers will choose items that meet requirements to the maximum level; for example, even if a bicycle meets standards, the decision cannot be made until all bicycle options have been examined.

Evidence has found that regardless of whether you are satisficer or a maximizer regarding decision-making, the type of decision-making skills will influence your level of well-being and happiness.  Four separate studies conducted at Swarthmore College determined the psychological effects of the decision-making styles.

While analyzing all options in the overall quest for the best option can result in an objectively more beneficial outcome in certain situations, maximizing decisions can result in greater anxiety and regret; as well as feelings of reduced satisfaction with lower levels of happiness associated with the decisions.

So now that we are aware of the science and the experiences associated with over-thinking, you may be wondering how one can reduce the feelings of anxiety that comes with decision-making.

Below are some strategies supported by scientific research that can be used to end the situation of analysis paralysis, to help make decisions effectively, and get more done without feeling stress or anxiety.

1) Structuring The Day Based On Decisions That Matter Most

Do not attempt to tackle large decisions during the afternoon. If you find yourself being caught in a downward spiral, it is recommended you place everything aside and begin to work on a completely unrelated task – or end all tasks for the day. 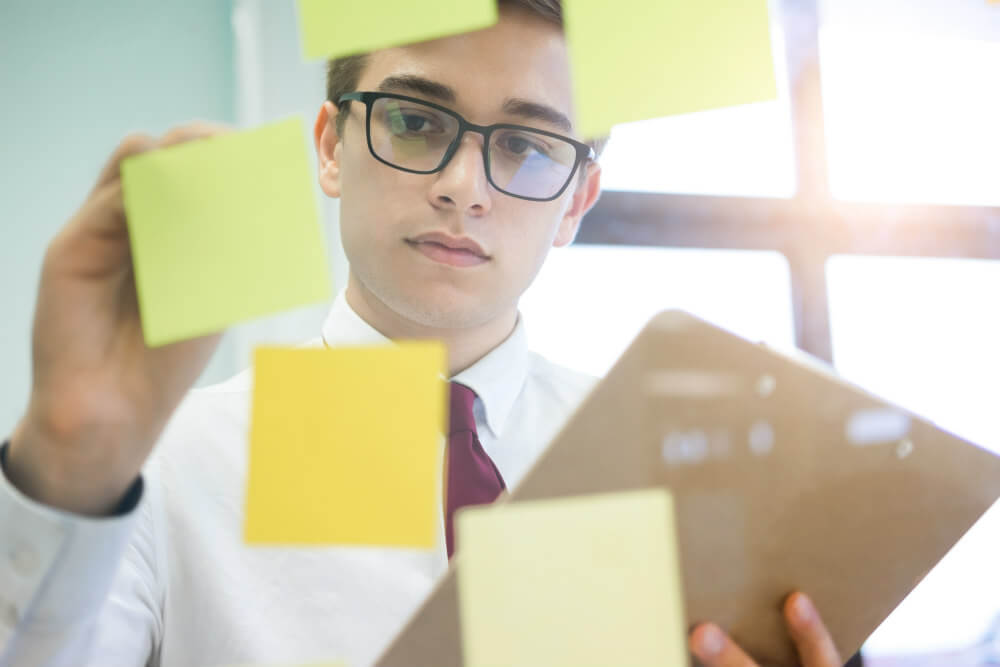 Return to the tasks in the morning using a fresh perspective and a sense of replenished willpower reserves.

Remove as many decisions as possible by turning them into habits that become a habit and take little conscious effort to perform. By building these habits and automatic routines, you will be able to conserve willpower for more significant decisions.

2) Intentionally Limiting The Amount Of Data Being Consumed

One of the great secrets to his constant productivity is efficient task management by identifying what he needs to learn first, then reading for the specific information.

Keeping a specific goal in mind allows Pozen to make his way through various amounts of data without becoming overwhelmed.

Another method to consume data without becoming lost in a seemingly endless analysis is to set a volume limit when performing research.

3) Setting A Deadline And Holding Yourself Accountable

According to Parkinson’s Law, all work expands to fill the amount of time allotted to the item. If you set one hour to perform a task, the chances are likely it will take an hour to complete the task.

As such, if you set fifteen minutes to perform the same task, the process will take fifteen minutes – this is true for decision making as well.  Setting a specific time restriction will force you to make decisions more effectively.

What is the most significant item for you at a professional and personal level? It may be a physical goal, such as growing an email list, or a central value that you wish to experience in your life, such as improving your health or promoting family relationships.

Once you have determined the goal, it is recommended that you write it down and review it regularly to remind yourself of the goal.  When encountering a tough decision, attempt to avoid analysis paralysis by questioning which option best aligns you with the most significant value or goal.

5) Approaching Problems With An Iterative Approach

Decisions are most difficult to complete when there is a great degree of uncertainty. A person often bases choices on assumptions that may or may not be accurate; therefore, we attempt to compensate by digging into research to determine if the assumptions are correct.

However, the only method to identify accurate assumptions is by taking action. Fortunately, one method to test assumptions without committing to a given path is the iterative approach. This concept is associated with software development and helps decision-making with reduced resources.

Collecting and analyzing information can be tempting when trying to overcome the uncertainty associated with big decisions.

It can be easy to trick oneself into thinking you are making progress; however, the action is what will decide failure or success.

So, the next time you find yourself in analysis mode, remember that successful individuals begin before they feel ready and figure actions out along the way.