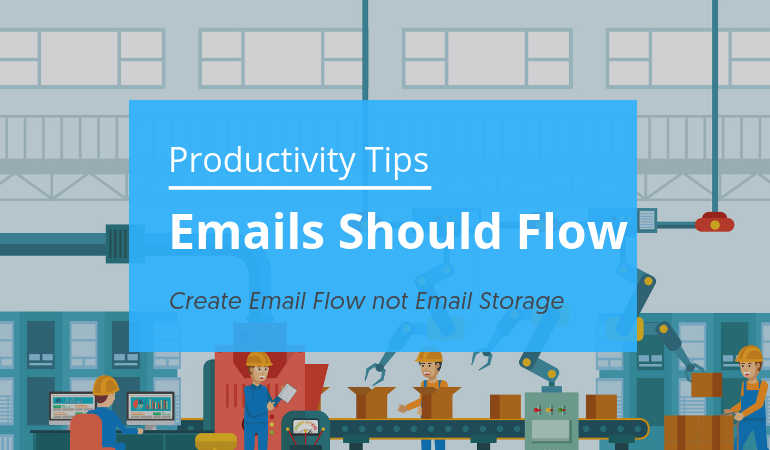 Emails in and emails out. From left to right. It’s called a Flow. And we are not the first to name it.

By definition, the word “flow” means:

the action or fact of moving along in a steady, continuous stream.

But what happens when your email inbox is used as a Storage instead? Emails will come, and they would rarely go. It won’t Flow. An inbox full of chaos.

Email tools, such as Flow-e, are built with productivity principles in mind. And If you abuse Flow-e the same way you misuse your Office 365 email, then you will end up with the same chaos.

After conducting some interviews with our users, we have found that often, users will use their Flow-e account as storage, instead of a workflow.

Remember, if your tasks don’t flow, they will pile up and stuck. And this is exactly how you develop a negative attitude towards emails.

This article explains what would be the right approach to making Flow-e a successful mean for dealing with emails and tasks.

So, what do I mean by “Create flow, not storage?”

Flow-e gives you one significant advantage, and it’s that you can apply the basic Kanban principles by creating columns to distinguish in which stage any given task or email is. Which allows you to “flow” any task from left to right until it reaches the most right column – Done. Flow-e is a tool to create a project management board.

How to translate that into actions?

As I have already mentioned, succeeding with Flow-e means having a workflow. A basic workflow might consist of the following columns:

Here is how a more advanced workflow looks like, which also perfectly aligns with the GTD principles and Kanban:

Here comes the more philosophical part, how to think about the actions you take on your emails. What questions to ask before processing a task or an email?

It’s simple, easy and it takes just a blink.

Here we ask the most appropriate questions taken from the GTD and Inbox Zero principles: 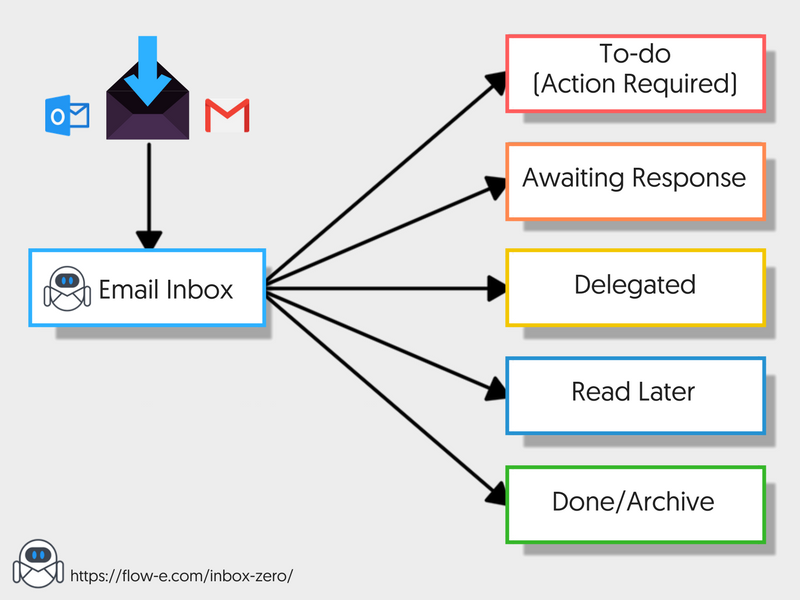 And here are some examples:

You can find out easily which action to take based on the steps shown in the GTD workflow chart below.